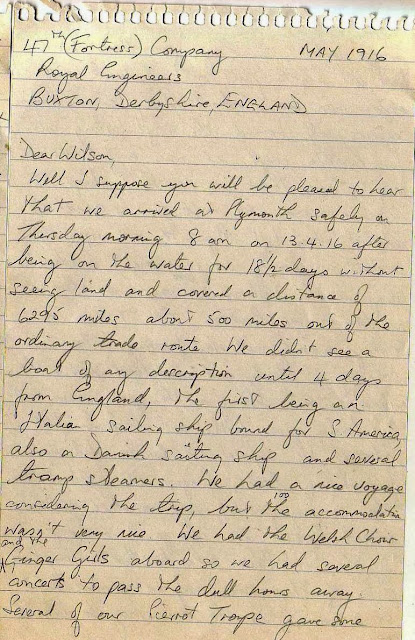 After half an hour of sifting through the boxes of one dealer, I’ll break off to chat to someone I recognize. Maybe a stallholder, or a fellow collector. Maybe the editor of Picture Postcard Monthly; he’s usually found immediately to your left as you come in. Then, at some point I’ll return to the pursuit of cards, find another dealer, and begin looking through their stock.

On top of the chance of finding great ‘new’ cards, I suspect it's the routines and rituals –  both shared and personal –  that make a trip to the market so enjoyable. Aside from the odd tense moment of dealer-collector negotiation, the experience of being there is a very relaxing one. Or in the words of one of the market’s organizers, Dave Smith, “people find it a very comfortable place to be.”

I’ve wanted to interview Dave about the market for a long time. Frustratingly, my first few attempts at doing so proved unsuccessful. For Dave, market day itself is just too busy to spare the time. From setting up at 6 a.m. to removing the stalls late afternoon, there's little time to answer questions not related to the immediate tasks at hand: of answering collectors’ queries at his stall, and of making sure the market is running smoothly. So, instead of talking on market day, I took Dave up on his offer to visit his picture-framing shop in Hendon, in north London, and to interview him there. While busy, the shop is at least a place where Dave can arrange time to take a breather.

On the outer reaches of the Underground network, Hendon was somewhere I’d not been before. And, out of what I think of as Dave’s normal surroundings, it took a while to adjust to seeing him in what really is his permanent place of work. Behind the counter, scores of framing jobs were in the process of being prepared, from old photographs to signed football shirts. Only when I saw some of his postcard stock, shelved in boxes at the back of the store, was I able to connect the shop with the Bloomsbury fair.

It was fascinating chatting to Dave. We talked for almost two hours about elements of the market that are hidden from most collectors, and about the history of the market itself.

Most interesting was Dave’s account of what occurs at the beginning of the day – how trading begins before the market is properly set up, sometimes even before he has arrived: “It doesn’t matter where they are,” he observed at one point, gently rolling his eyes, “put dealers together and there will always be trading.”

And then there is the buzz caused by what dealers take to be real treasure: new stock. A recently acquired album from a house clearance, say, will always get the market off to a good start - especially if cards pop up that have not been seen for a hundred years or more.

For Dave, these moments continue to make the market really rewarding, and give it a purpose that goes beyond what is possible through eBay trading. Along with his brother, Phil, who also organizes the fair, Dave still enjoys bringing together enthusiasts in person to share moments of discovery. But as with any enduring institution it is easy to forget that it has not been around forever. In fact, all the rituals and familiar processes obscure the fact that it required considerable ingenuity and effort to create the market, and its continued success is not inevitable.

Dave was 17 at the time of the first Bloomsbury market, and remembers going along to help set it up. It was the idea of his late father, Clive Smith, and his father’s work colleague, John Smith. The pair – who weren’t related - worked as librarians at The Daily Mirror in Holborn, London; and it was in the newspaper’s library that plans for the market were hatched. After journalists had got all the information they needed for the next day’s edition, the pair would use the ends of shifts to plot ways of putting on a regular postcard fair. Crucially, given their professions, each had a mind capable of categorizing and ordering material like postcards; John had already started producing catalogues of available cards. And so, in the summer of 1977, they booked a hall at the Ivanhoe hotel in central London and invited dealers to take up stalls. Popular straight away, the fair grew quickly, eventually moving venues: first, to the Bloomsbury Crest hotel, and then to its present home at the Royal National in 1990.

Chatting to Dave it struck me how easy it is to forget the debt today’s collectors owe to those who've collected and preserved cards over the years. Perhaps when picking up a card we’ll always think first about the artist, the photographer, the publisher, or the sender of the card. For old postcards though, it's also important to recognize those who make the act of collecting possible. Yes, there is a profit motive to postcard trading, of course there is. But anyone who visits a postcard market will immediately understand it is about a lot more than money: it's a space where collectors uncover forgotten histories, exchange their own takes on the world, and, most importantly, feel comfortable.