A couple of weeks ago, I went to an exhibition by the artist and filmmaker Agnès Varda in Brussels. Among her many films, Varda created the extraordinary documentary The Gleaners and I. The film - released in 2000 - explores the lives of those who gather (or 'glean') things which others leave behind: grapes left by winemakers to rot on the vine, potatoes still in the fields after the harvest, food unsold at the end of a market.

As well as looking to parts of society that are rarely given respect by popular media, and her instinct for taking seriously the importance of material circumstances, I find Varda's work really inspiring because so many of her working processes are improvised.

For example, according to Kelley Conway's excellent book on Varda, Varda's decision to base her 1985 film Vagabond on the experiences of a young woman rather than a man came as a result of a chance encounter with a female drifter while on the road. Varda became friends with the woman, Setine Arhab, who went on to stay with Varda in Paris and have a cameo in the film. Likewise, Conway shows how The Gleaners and I changed significantly from the film Varda set out to produce.

This improvised or instinctive feel to her work helps give it a sense of adventure. It seems to allow Varda the space to not just spot the intriguing, but to follow it, and even nurture it in a way that encourages the viewer to follow where their own curiosity takes them. On watching one of her films, I get a sense of wanting to go somewhere, anywhere, to find something new to look at or to talk to someone I don't know - even if this is just the end of my street.

The exhibition in Brussels included extracts from Varda's films, as well as art installations relating to her childhood in Ixelles, the district of Brussels hosting the exhibition.


In a piece entitled La paravent de mémoire - À ma mére, Varda arranges ephemera relating to her late mother on a folding wooden screen: postcards of Brussels, a half-completed jigsaw puzzle, an interrupted game of patience. On the exhibition's audioguide, Varda explains the screen involves both displaying and hiding: another clue perhaps as to how she is able to let the curious hang still in her films. 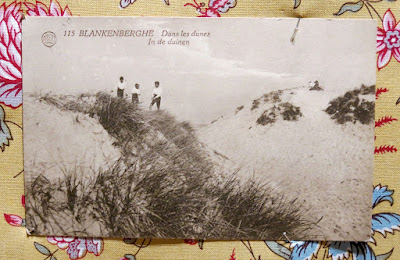 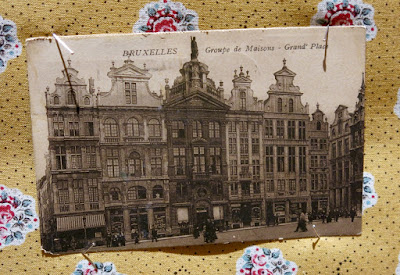 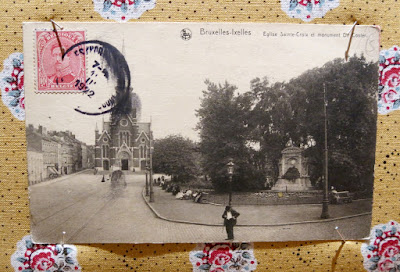 With Varda lodged in my head for my three days in Brussels, I inevitably found myself looking for moments of enchantment, of which Brussels has a ready supply.

Of course - and especially of late in the city - what one finds intriguing can be alarming as much as it can prompt illumination; it can provoke fear and tension as well as hope or amusement. 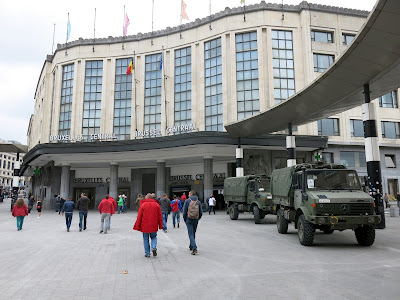 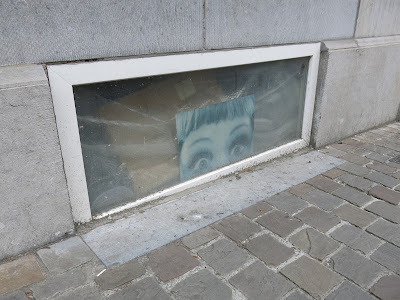 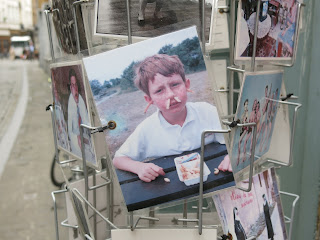 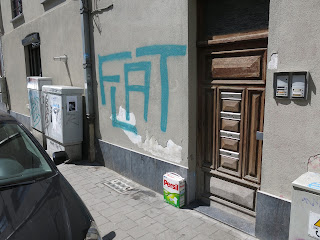 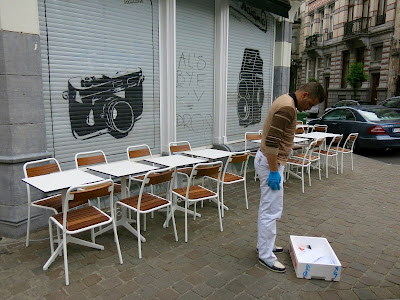 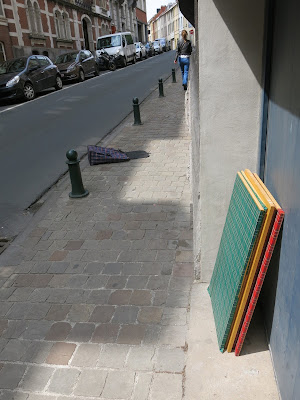 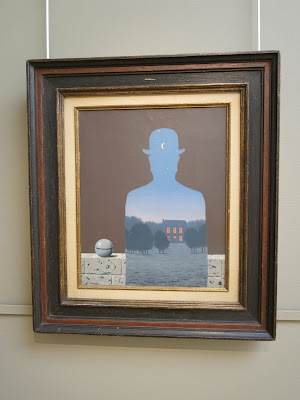