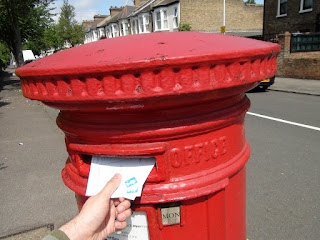 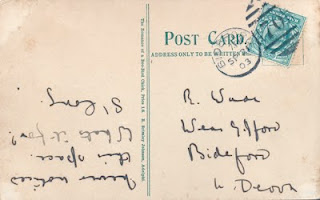 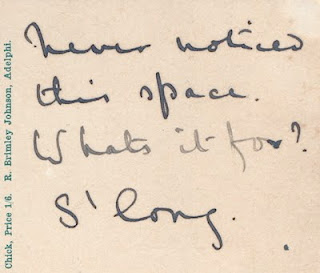 How to make friends in London

Making friends in London can be difficult. Getting a dog is a good start, I'll give you that.... oh hello, what's his name?

But today I can reveal a new tactic: carrying a 4 foot tall, mock Victorian post box.

Whether you're in a taxi, on the street corner or in a bookstore, people want to talk to you if you're being pressed into the ground by one of these. I've lived in London for 8 years and after carting one around this morning, I am left amazed by its power.

Every door was opened for me, one woman wanted to know how I'd made it (for the record I admitted I hadn't). Several people even offered to carry it for me.

Anyway, why was I carrying a mock Victorian postbox?

On Saturday (28 May) at the Gower Street branch of Waterstone's I'm giving a 'postcard tour' of the shop. And at the end of the tour I'll be offering a free postcard writing service. I'll pay for the stamp (well, the British Postal Museum & Archive will actually) and the postcard, but there's a catch. I'll be writing people's messages for them.

Of course, to hand will be all the techniques of the Edwardians - tilted stamps, codes and other ways to play with the form. Hopefully I'll be able to put a few examples up of what people asked me to write next week.

For more details click here or see the postbox in store. There are a few spaces still left on the tour.

And then this Thursday (26 May) is my talk at the BPMA in Clerkenwell, London. Like the Waterstone's tour it's free but you do have to book. Click here for info on how to get a ticket. 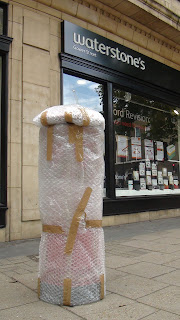 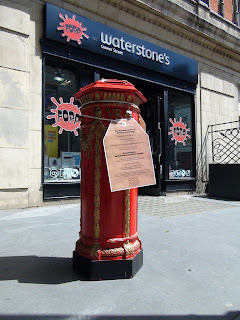 Good luck with the essay, love from Gilbert and George

Paul Ricoeur noted that when we meet an author "we experience a profound disruption of the peculiar relation that we have with [them] through [their] work.” (Ricoeur 1991, p. 107)
Meeting an author (or an artist) removes the distance we normally have from them when we consider their books (art). A dialogue is possible where it wasn't before.
In the case of a book signing, however, it is likely to be an unbalanced dialogue which emerges. Loaded with the scripted thoughts of the reader/consumer and hurried by the queue behind, some of the distance remains.
I went to see the Gilbert and George postcard art exhibition at the White Cube a few months ago, and thought it would be interesting to see them in person at their book signing at the Tate last week - not least as they too collect old postcards. I went, after a day in the library.
Ricoeur, P., 1991. From Text to Action: Essays in Hermeneutics II. Evanston, Illinois: Northwestern University Press.
Posted by Postcardese at 05:52 No comments: