The Royal College of Art's 'Secret' exhibition is back in March. To raise money for the college's bursary schemes, more than 1,000 famous and not-so-famous artists will anonymously pit their talents against the postcard's form.

At the end of the exhibition, cards will be sold off for £45 each. Post purchase buyers find out who made their cards. 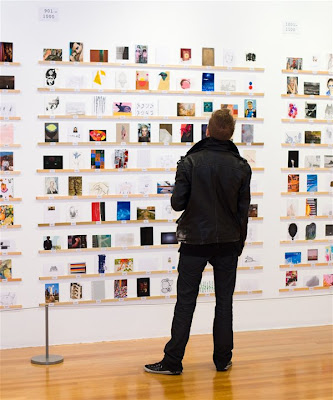 Of late, I've been reading Jeremy Cooper's Artists' Postcards, an excellent compendium of how the postcard has been used by different artists since 1900. It's quite a book. And I bet more than a few RCA artists refer to it as they create their cards for 2013.

Two cards stood out, though. It's always the personal connections ultimately, isn't it?

The first, a 1908 Donald McGill postcard titled "In the Asylum".  The image shows a red-nosed man, grinning from behind the bars of a cell door.

CAUSE: Picture-postcard collecting
CONDITION: Up the pole
REMARKS: Thinks he's a Gibson Girl

How cruel Donald!? How cruel.

The second card was made by Belgian artist Francis Alÿs. I first came across Alÿs when a friend showed me this film of him painting a line in the middle of a road in Panama. I love it.


This is the Alÿs postcard in Cooper's book: 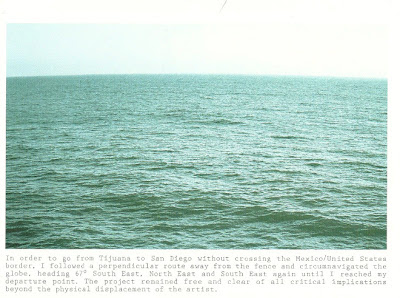 
Copies were given to visitors to the Tate exhibition of Alÿs' work in 2010.

The card caught my eye, not just because it was made by Alÿs but because of the contrast with a Rough Sea postcard I bought recently. 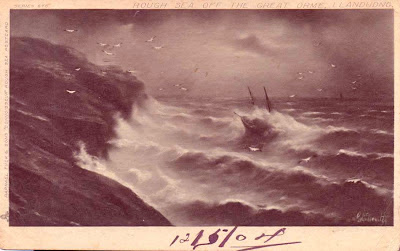 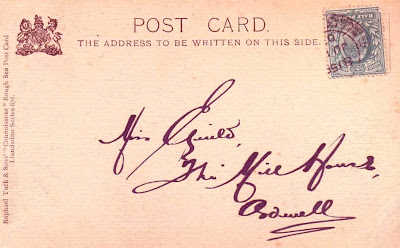 While I really like Rough Sea cards, I resist collecting them. One thing I have learnt is that to avoid ending up in McGill's collecting asylum you have to set some limits.

Increasingly, I'm coming to think of them as secret postcards.


RCA Secret opens on Thursday 14 March at the Dyson Building in Battersea, London. The sale takes place on Saturday 23 March. If you're going, good luck!